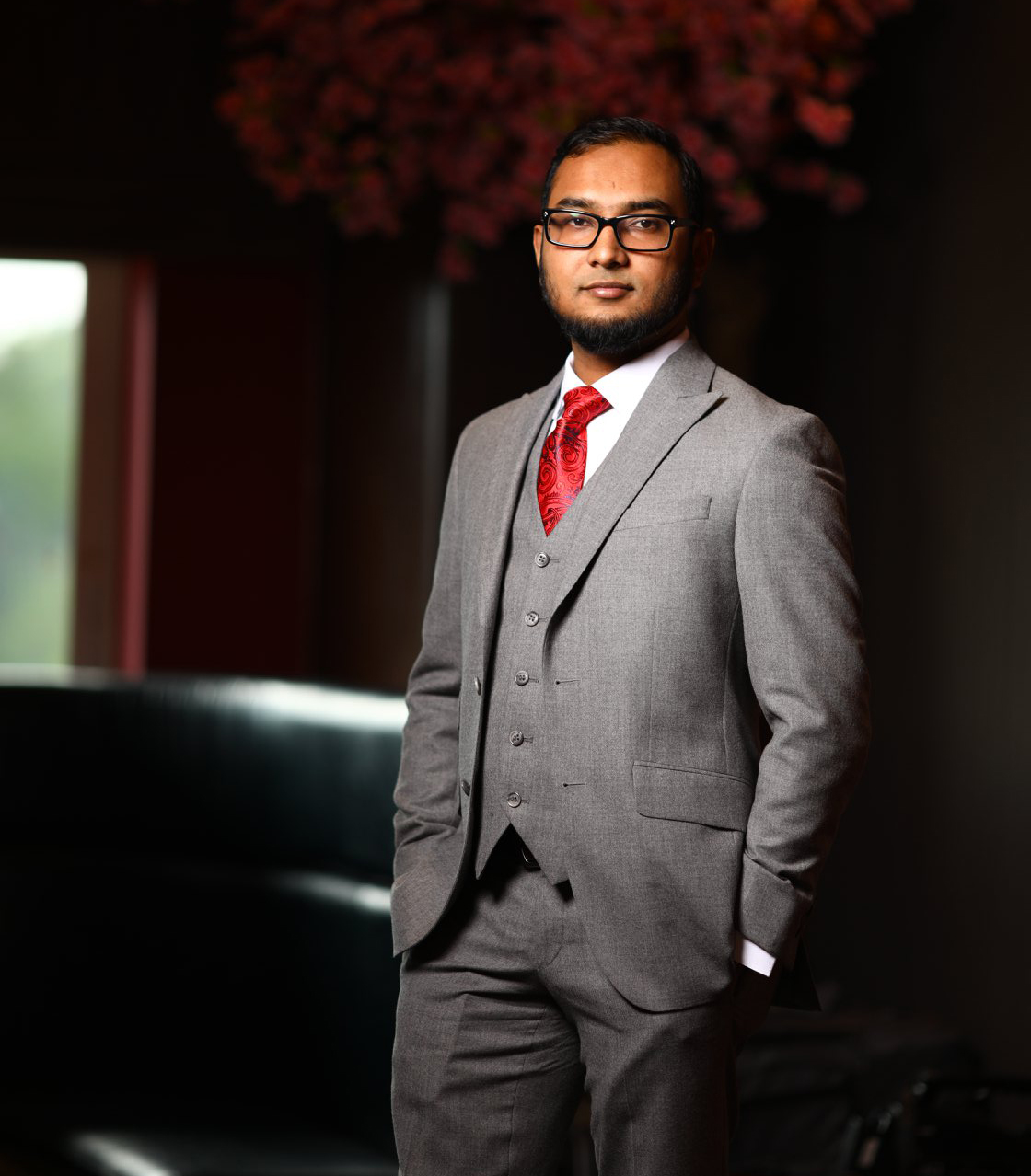 Washim Ahmed is a proud Canadian Muslim Lawyer of Bangladeshi origin who is committed to making positive changes in the community.

Washim studied Law, Policy, and Governance at Carleton University in Ottawa and completed law school from the University of Toronto and Osgoode Hall Law School. He received a Master’s degree in law (LLM) from Osgoode in 2015 and was called to the Bar, Law Society of Ontario as a Barrister and Solicitor in 2016.

He has a track record of providing excellent legal service in the areas of family and immigration law. Washim has extensive experience in dealing with complex family matters including child protection issues. Washim has particular expertise in complex immigration matters and has a proven track record involving refugee claims and appeals, sponsorship appeals, inadmissibility hearings and detention review. He has appeared and successfully represented clients before all levels of court in Ontario, including the Ontario Court of Appeal, and regularly appears before the Superior Court of Justice. Washim also regularly appears before Federal Court of Canada as well as before numerous administrative tribunals.

Washim is a member of The Law Society of Ontario, the Ontario Bar Association, the Canadian Bar Association, Canadian Council of Refugee Lawyers, the Canadian Muslim Lawyers’ Association and the National Council of Canadian Muslims (NCCM). He is a writer and activists and has written and spoken on various social and legal issues. He has appeared on CBC News, CBC Radio, Global News, Coop Radio, CTV, City TV, and his writings have been published in various national newspapers and academic journals such as Toronto Star, the Edmonton Journal, Huffington Post, the Osgoode Legal Studies Research Paper Series, and the Social Science Research Network.

Washim is a social justice advocate and a spokesperson for the Rohingya community in Canada. Washim is one of the co-founders of Canadian Rohingya Development Initiatives (CRDI), which is a recognized prominent Rohingya advocacy organization in Canada. Washim is currently acting as an advisor and spokesperson for CRDI. Washim is also a prominent advocate for Muslim community in Canada and works with various Muslim and non-Muslim organizations in building bridges and creating unity against all forms of hatred and bigotry including islamophobia and antisemitism.

In his personal life, Washim is married and is a proud father of a beautiful daughter.

Law, Policy, and Governance at Carleton University in Ottawa